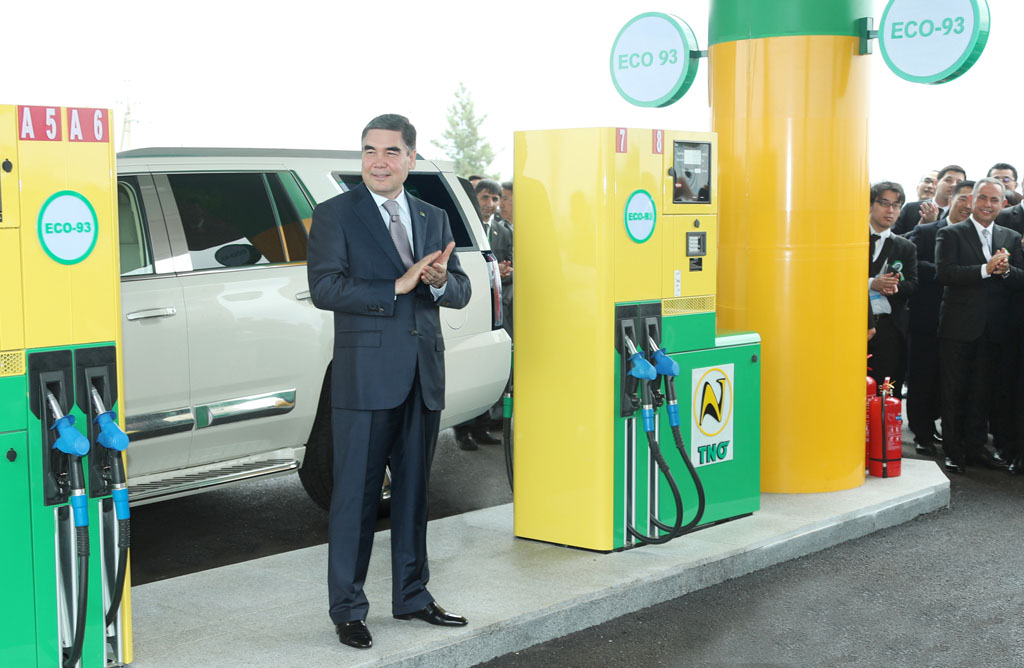 As reported by state-owned TDH, the head of the famous Danish company Haldor Topsoe, Mr. Björn Stefan Klausen, handed over international certificates to President Gurbanguly Berdimuhamedov, confirming the innovative nature of production at the industrial complex in the Akhal velayat, the first plant in the world to produce ecologically Pure synthetic automotive fuel from natural gas.

The certificate of the largest organization IChemE, founded in 1922 as a professional institution for chemical engineers and technologists, was awarded as the winner of the Global nomination “Oil and Gas – 2019”.

The UK’s Academy of Chemical Engineers (IChemE) noted the improvement in TIGAS technology (the production of synthetic gasoline from natural gas). TIGAS technology was developed by Haldor Topsoe for the natural gasoline gas plant in the Akhal region, which, in combination with high-performance catalysts, produces high-quality gasoline with the lowest energy consumption and minimal environmental impact.

It is noteworthy that when using gasoline produced at the new plant in the exhaust gases of automobiles, the content of sulfur oxides is reduced by 50 times, nitrogen oxides – by 5 times, benzene – by 3.5 times, other odorous hydrocarbons becomes almost 20 times less.

Note that this is not the first Factory Certificate. From the very beginning, it entered the Guinness Book of Records as the first plant in the world to produce gasoline from natural gas, as evidenced by the corresponding Certificate. Also, the Turkmen side was awarded two more Certificates, one of which attested to the high appreciation of the innovative technologies of the complex, and the other to the environmental friendliness of the products.

Recall that on June 28, 2019, a plant for the production of gasoline from natural gas in the Akhal region was put into operation with an annual capacity of 600 thousand tons of ECO-93 gasoline, as well as 12 thousand tons of refined diesel fuel and 115 thousand tons of liquefied gas.

Previously we shared an article about three achivements in commissioning this plant.